GETTING TO KNOW THE
Physicians at Southwest Eye Consultants 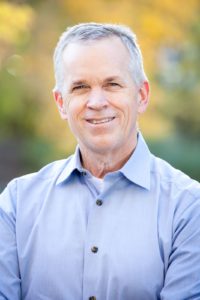 Dr. Allen is a native of Southern California, but has called Farmington, New Mexico his home for over 20 years now. Ever since he was young, Dr. Allen wanted to become a doctor. He attended Brigham Young University starting in 1981, but interrupted his studies to serve a mission for the LDS Church to Costa Rica and Panama, during this time Dr. Allen became fluent in Spanish.

After graduating from BYU, Dr. Allen attended the UCLA Medical School. During this time he developed an interest in Ophthalmology. He was accepted into the University of Missouri, Mason Institute of Ophthalmology. He served as Chief Resident during his final year of his Ophthalmology training. Dr. Allen joined the New Mexico Eye Clinic of Farmington in 1995, and became the owner and President of the clinic in 1998 with the name of the practice changed to Scott D. Allen MD and Associates, PC. During his time in Farmington Dr. Allen has served in various leadership roles, including Chief of Surgery at San Juan Regional Medical Center, and on the Board of the Four Corners Ambulatory Surgery Center as the Secretary/Treasurer.

Dr. Allen has a special interest in Cataract and Refractive Surgery. He also has spent time abroad doing international missions providing Eye Care to the disadvantaged people of Pignon, Haiti. During his time off Dr. Allen enjoys snow skiing and golfing, but mostly spending time with his wife of over 30 years, Carla, and travelling to see their three kids and growing numbers of grandchildren.

To schedule a visit with Dr. Allen, contact Southwest Eye Consultants at (505) 327-0406 or request an appointment online.